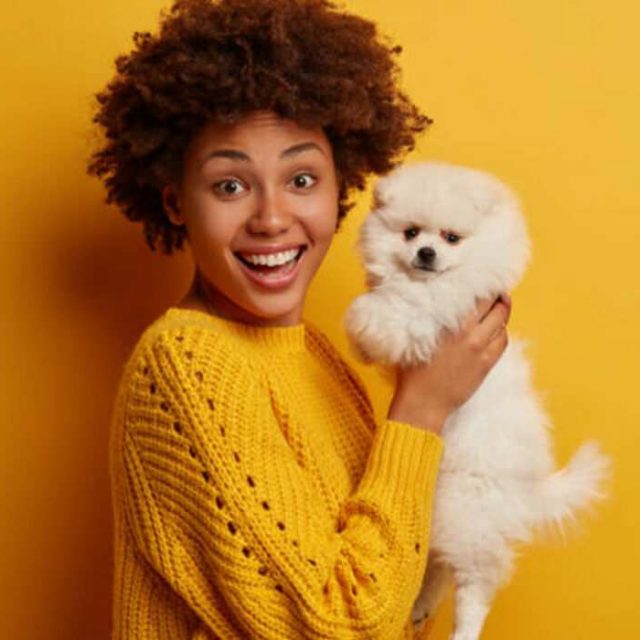 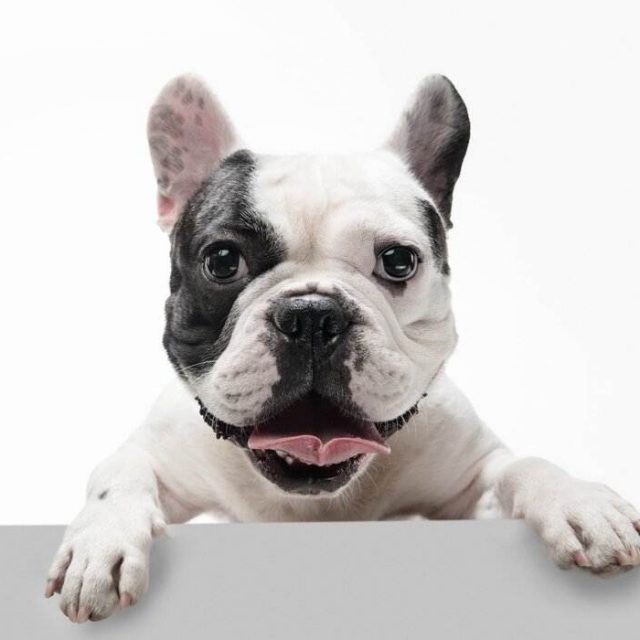 Possessive Dog Aggression: How to Deal with It 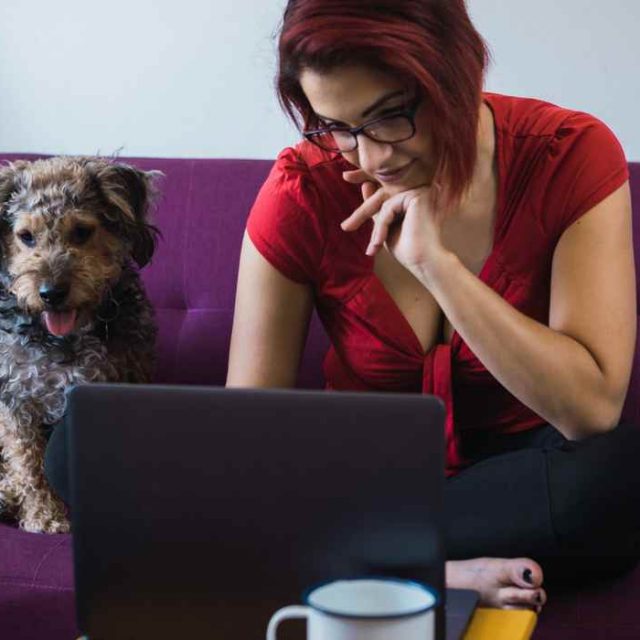 Top Reasons to Choose Virtual Training for your Puppy 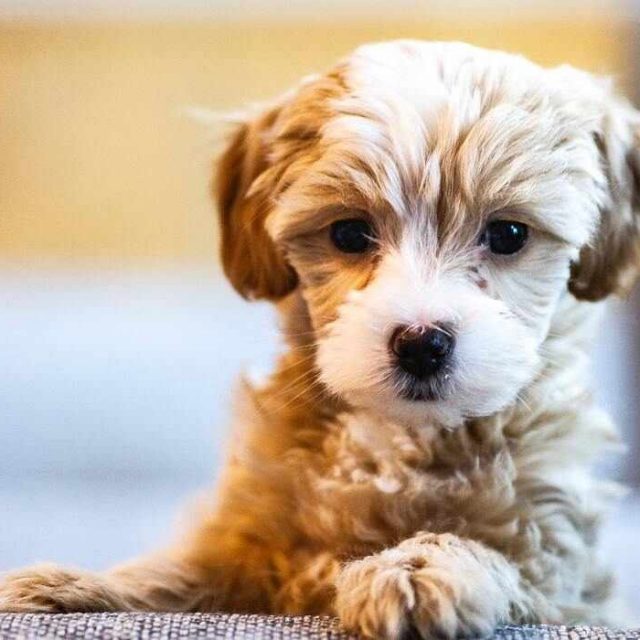 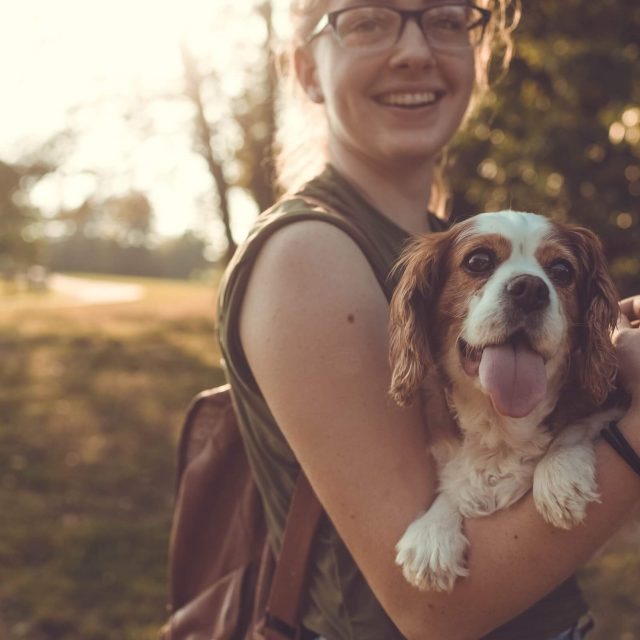 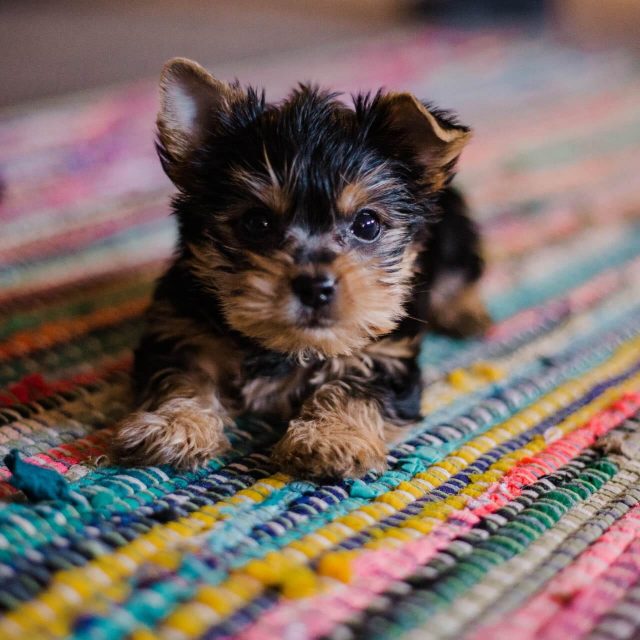 What Should You Do When Mouthing Behaviour Continues in Adult Dogs?

Why is raw meat feeding not good for dogs? 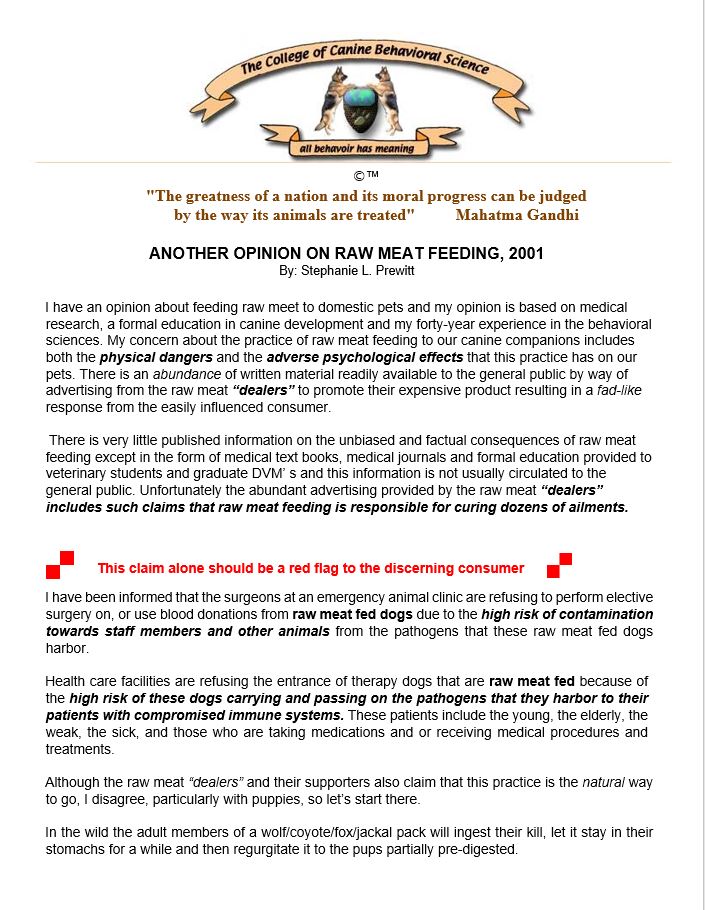 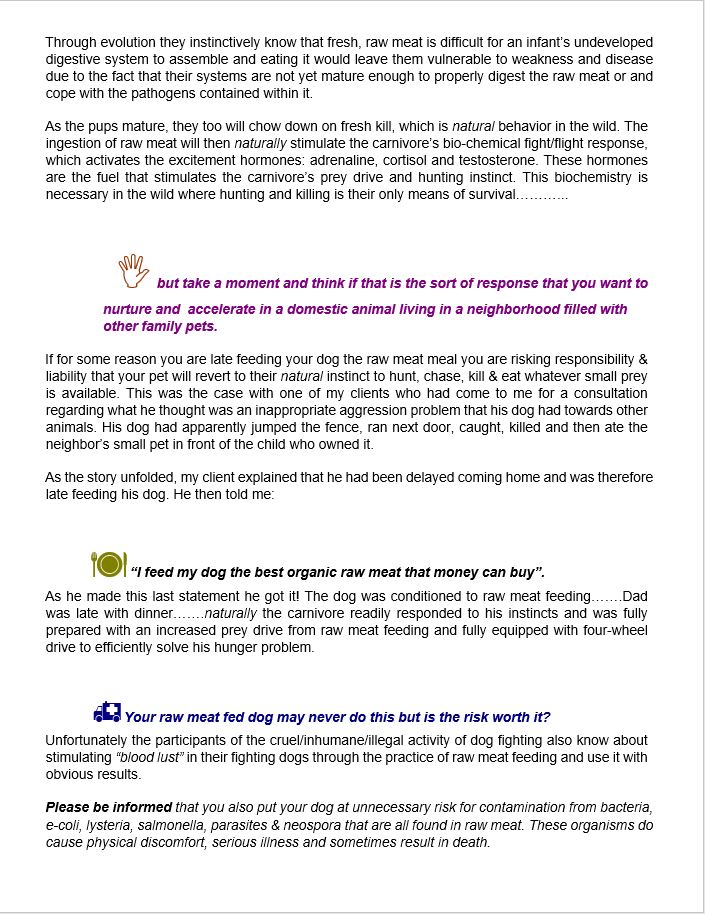 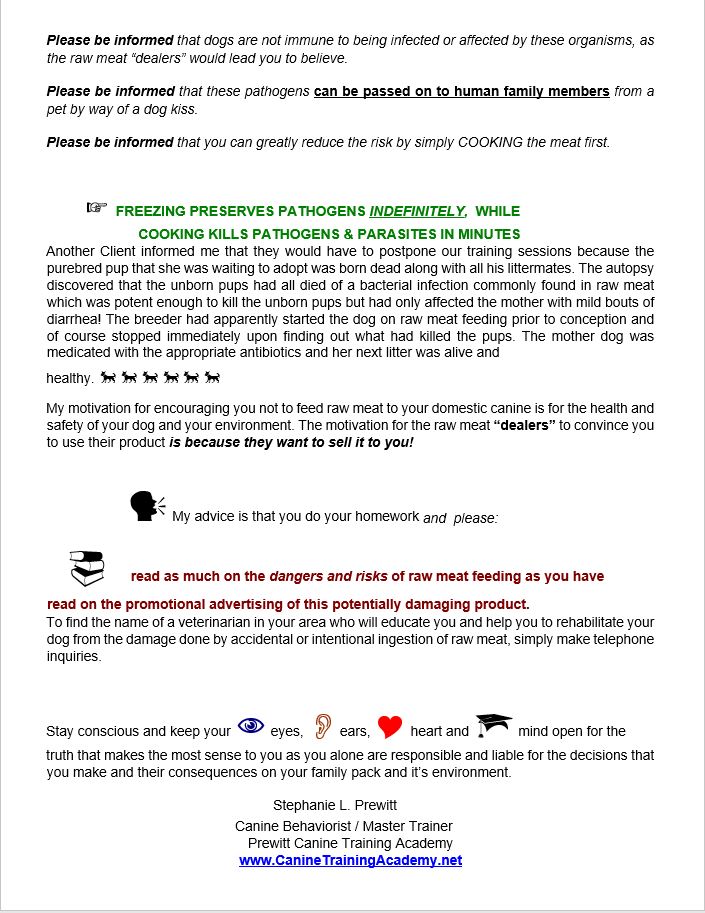 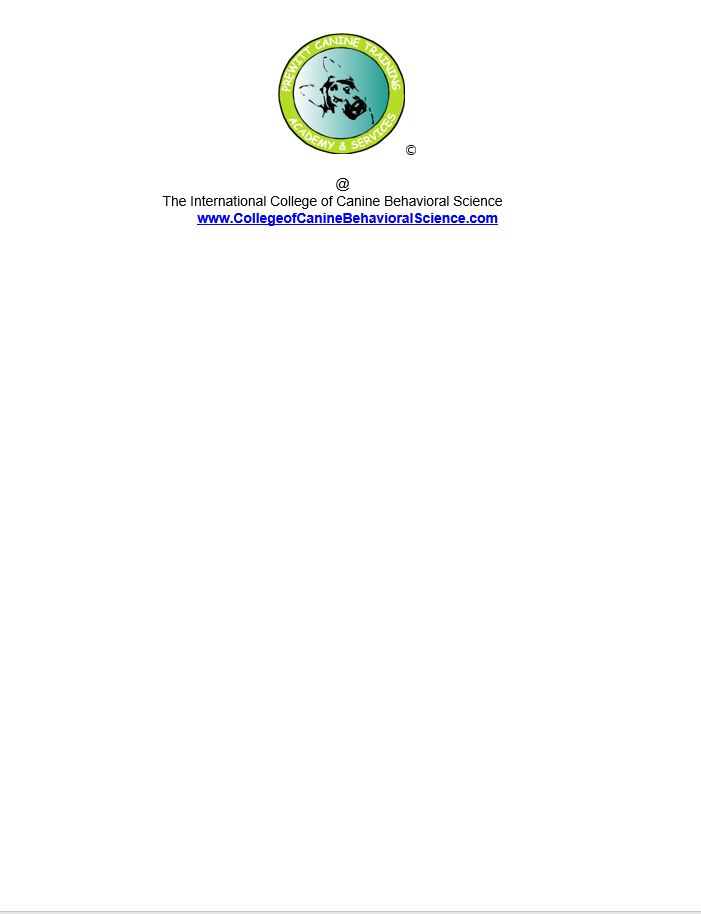 With this handy tip, it is also important to add a positive and motivational daily obedience training routine.

How do I “potty train” my puppy?

In our last blog, we had described several good points on crate training for your puppy.  One of the points was using a crate to prevent one’s puppy from soiling within the home.

Generally, a puppy and/or dog do not favor soiling within their sleeping quarters which would be the crate.  In the initial phase of puppy crate training, one is to expect mistakes within the crate.  However, one will notice that the soiling is done at the furthest point of the crate compared to where the puppy sleeps.  If the puppy does soil within the crate and gets dirty, it is vitally important to never scold him or her.

Training your puppy to soil elsewhere such as outside does take time, patience and consistency.  A good indicator of when a puppy has to soil is generally after a meal or when excited after play.  Depending on the age of the puppy, it can take time for bladder and bowel to develop so that it can hold it for a longer period.

One way to help guide your puppy is to fill the crate or an empty room with newspaper.  Each time your puppy soils on a newspaper page, that sheet would be removed while leaving the rest behind.  Eventually, one newspaper sheet will remain.  Afterwards, one would place a newspaper page on the ground trailing to the door and eventually to the designated area. Training the puppy with a command such as “Go Pee” or “Go Poo” would also be utilized.

If the puppy does make mistakes outside the newspaper area, it is important to not scold him or her.  Instead, just simply start again and make sure you praise the puppy each time it soils in the designated area.

With this handy tip, it is also important to add a positive and motivational daily puppy obedience training to the routine.

Sitting by the Fireplace by: Tony Giotto

Sitting by the Fireplace
By: Tony Giotto

Sitting by the fireplace while patting my dog, Duke,
Christmas is almost here and it’s no fluke.
As I watch the clock and hear its chime,
I look at Duke and wonder how fast this year has gone this time.
Further back as I look at Duke at a young age,
I see him now turning around as one would flip a book page.
Playing and working, that’s it,
Duke has always been loving and fit.
As Duke gets up slowly and looks up at me,
I smile, pick up my cup and sip slowly the hot tea.
It seems like Duke smiles as he lies back down and curls into a ball,
I look at the fireplace and think back how it was waiting for Santa to come down the chimney wall.

A-Z Canine Training would like to extend best wishes to everyone for a Merry Christmas and a Healthy and Happy New Year!

I got a cute puppy but he keeps biting me and chewing my furniture. What can I do to stop it?

It can be a thrilling and exciting experience to own a puppy. One of the problems that can occur with a puppy is biting and chewing. At this stage, all is new to a puppy including their sensory and surroundings. If left unsupervised, they can run into a bit of mischief. However, with proper puppy training as early as at eight weeks, one can start to build a good foundation for the dog’s later years.

Biting is a normal problem that puppies tend to do since they are teething. Anything as soft as a hand going into a puppy’s mouth, is joy to a puppy but pain to the owner. Also, chewing such things as furniture, walls, carpet and any other inappropriate items could not only be damaging to the household but harmful for the puppy’s health.

It is always good idea to have the puppy supervised and socialized as being part of the family. One choice is to have an enclosed area where the puppy can be contained and controlled with direct supervision. The puppy should have safe toys in this area but again always being watched for any problems.

Another method to use to avoid the puppy chewing or biting is to replace it with a chew toy. For example, if the puppy chews on a leash while taking it out for a walk, with proper training, one could replace that habit by giving it a chew toy instead. This will take time, patience and consistency for the puppy to realize that the toy is fine to chew on rather than the leash. This can be applied to any other inappropriate chewing or biting that the puppy is doing. Also, having a chew toy ready is always a good idea especially when the puppy is about to bite your hand.

Providing a positive and motivational reinforcement approach to a daily puppy training obedience routine will help modify this behavior problem.

Why won’t my dog come back when called?

A typical question we get asked is: “Why is it that when I try to call Homer, he only comes back to me when he feels like it?”

The scenario could be at a dog park where Homer, distracted with other dogs, is being called repetitively by his owner: “HOMER come here, I said, HOMER, HOMER will you come here right now!” Eventually, the owner ends up chasing or playing a form of tag with Homer.

The recall command can be a tough command to learn. To get a reliable off leash direct recall, takes time and it would be easier to start with basic dog training which is on a six foot leash. Also, having a Professional Dog Trainer guiding you with the recall command would simplify the routine.

An example of helping your dog to come to you is to motivate the dog by tapping your legs. Once the dog comes to you, even though it might be an automatic reaction, never scold him. By doing this, he’ll think twice before coming back to you the next time. Instead, always give the dog lots of praise when he comes back to you. Also, always make sure to keep the dog and yourself safe by having good control over the leash.

Providing a positive and motivational reinforcement approach to a daily training obedience routine will help modify this behavior problem.

Call us today for a free phone consultation.

How can I stop my dog from counter surfing?

One of many dog behavioural problems encountered is counter surfing.  A typical scenario is we have John and Sara intently watching a TV movie. Their dog, Rover, slowly gets up and heads for the kitchen. As the movie ends, Sara notices Rover on his bedding repeatedly licking his lips and a trail of crumbs and blue goop come from the kitchen. Sara leaps up and heads for the kitchen and notices the table a disaster zone of blueberries and crust pieces coming from what was a beautifully baked pie.

One suggestion is to make sure the counters/tables are cleared of items that the dog could get into. Also, as a safety net, one would put temporary barriers (doors, folding gates, etc.) to prevent the dog from entering those areas it’s not permitted to be in. For example, if the dog is in the living room with you, then he/she should be contained in the room with you so that you can fully monitor him/her. After all, there’s always a chance that one might forget to clear items on that table and/or counter.

However, this is only part of the solution to counter surfing. One must also add a positive and motivational daily dog obedience training routine to help modify this behaviour problem.

Why does my dog pull me on the leash?

One of many behavior problems is a dog pulling or lunging on a leash. Sometimes it seems like the dog is taking the owner out for a walk instead.

Distractions such as other dogs, people or even a squirrel can make it at times quite challenging. A typical question is: why does my dog do this?

Providing a positive and motivational reinforcement approach to a daily obedience routine will help modify this behavior problem.

*Location Not Open To The Public